So, here's how it happened. Jordan has been asking me for a while to give him an idea of what style ring I would want... We have gone and looked a couple times, I emailed him pictures of things... while all the while... this was just a distraction! I told him at the very beginning that I am in LOVE with my great grandmother's ring from the early 1900's... he didn't seem interested in the idea, so I gave up. I had moved on to other thoughts and ideas, but always thinking and hoping that he would give me my grandmother's ring... Well... Saturday morning, we were walking around the square in Georgetown, browsing booths and what not at the Christmas stroll... Katie and Annabelle were with us. There are a couple of fine jewelry stores on the square also, so we went inside to browse some more. He asked me to point out some rings that I would like so that he could make sure he was on the right track... I pointed at a couple of pretty rings in the first store... not very enthusiastic about them... then we left and went to the second store... same thing as before. "point out some rings that you might like!" Well my eye automatically went to this one ring that was on display... it looked like a newer, cleaner version of my great grandmother's ring... "Oh, that one is SO pretty!" I said, in awe of the resemblance... "yeah, what does that ring remind you of?" Jordan said... I still wasn't quite catching on... "well it reminds me of my grandma's ring!" and as I turn around to look at him, he's getting down on one knee. And he said, "it is your grandma's ring. will you marry me?" haha, oh my gosh. he seriously caught me by surprise. I had absolutely NO idea that he was going to propose to me that day, that way... I wouldn't have had it any other way! He's so creative! Love it!

Here are a few pictures of the ring in all it's glory! 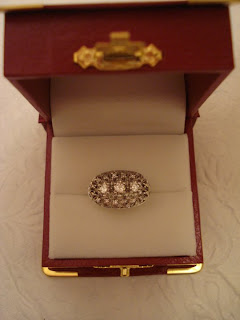 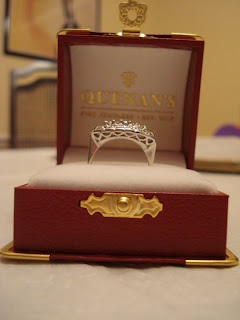 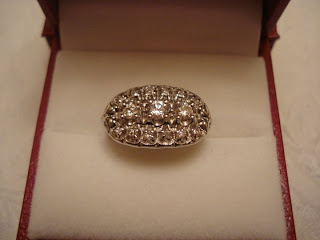 The Real Life is Good
I am writing a blog about the life God has given me that I refer to as mine. I would like to share my best days, my blessings, and my worst days with an underlying theme of joy and optimism.