From Poster to Podge to Pallet

So, I have been inspired by pinterest like none other lately, and I decided to take on something that seemed fairly simple.  It really shouldn't be that complicated, but Jordan and I are old-school so it took a little longer than people who have a lot of "tools" and "equipment"  haha.  I got this idea from this website.

Here is our photo journey of this project. 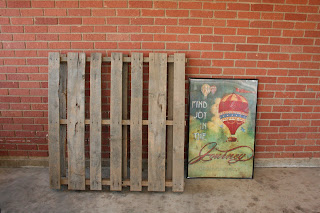 Pallet we bought for two dollars.. Poster we already had in a cruddy frame. 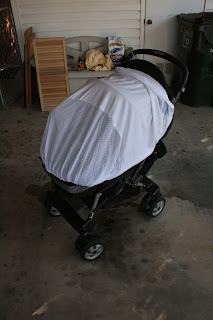 Justus wanted to come watch, but there were mosquitos... I had to do the right thing... 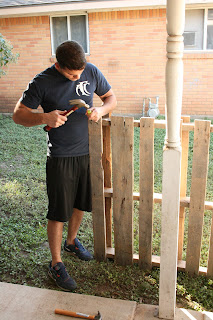 Jordan trying to separate the boards... ended up being too tedious. 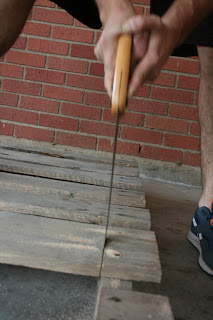 We didn't have a table saw.. like most DIYers... so he hand sawed it.  He crazy. 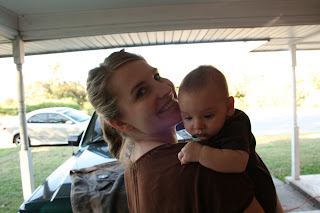 Justus and mama watching Daddy do all the hard parts.  :) 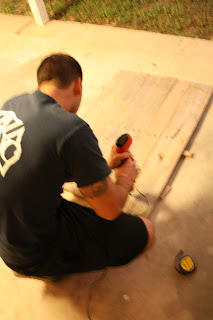 Our battery operated drill was not charged... it took about two hours to get all of the screws drilled into the back.  We put two boards across the back to hold it all together. 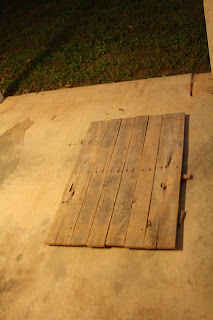 Before we put the poster on... boards all together. 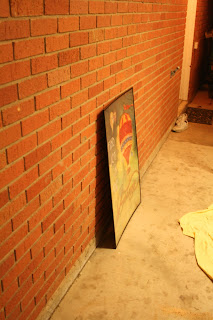 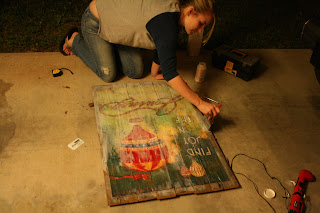 Me, finally helping.  (it was MY project... but whatever, he did all the hard parts)
I put Mod Podge on the boards and then put the poster on top slowly scraping the bubbles out with a credit card type material. 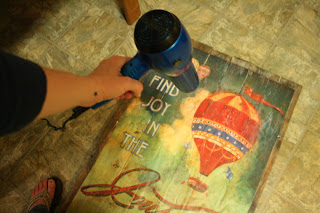 We went inside so I could dry the poster... we had already been working on it for like 4 hours by this point and were getting impatient.  We are the kind of crafters that don't finish a project if we wait til the next day, so we decided to work on it until it was DONE! 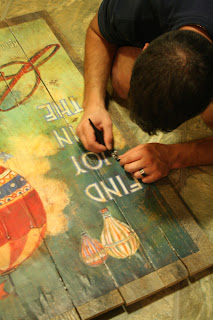 Jordan went into all of the cracks between the boards and sliced the poster pieces out of it, which REALLY makes it look like part of the wood.  It really looks like it's painted on there because of his detail work... which I'm pretty sure took three hours. 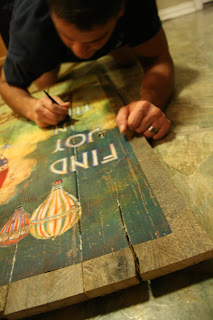 He even found cracks throughout the wood pallet and scraped them out.  Looks AWESOME! 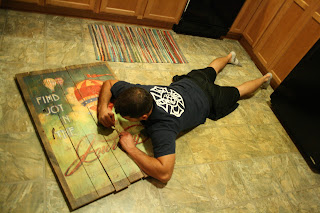 I had to keep bringing him beers... he was doing MY project after all... 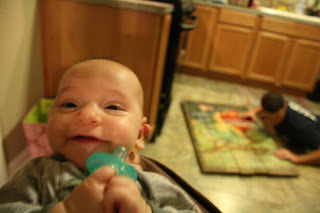 Justus, still a part of the project... 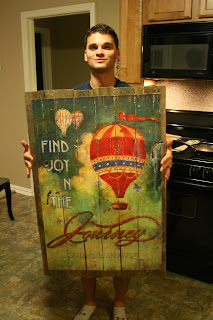 Jordan holding up his proud work! 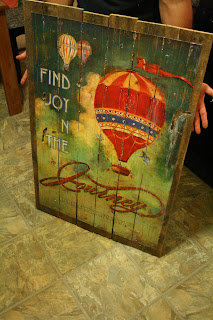 The Mod Podge on top of the poster was still drying, that's all the white parts. 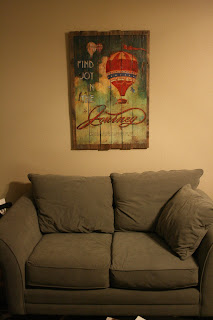 Any questions regarding how we did this... comment! It should be a lot simpler than we made it!

The Real Life is Good
I am writing a blog about the life God has given me that I refer to as mine. I would like to share my best days, my blessings, and my worst days with an underlying theme of joy and optimism.